You are here: Home / Global Markets / Are Collapsing Chinese Equities Just the Tip of the Iceberg?- Interview with a Tudor PM

Markets have experienced a significant shift in the last year as QE equity rally seems to have taken a backseat to growing concerns that all is not well in the global investing climate.  One major shift that is beginning to play out is the rapidly changing dynamics of China as a global industrial leader and its attempt to become more service oriented economy.  I recently had the opportunity to speak with Amit Hampel, a former Portfolio Manager at Tudor and CEO and Chief Market Strategist of Macro Made Simple, LLC, an investment consulting firm that makes clients aware of major macroeconomic shifts and helps them avoid the pitfalls that come with macro event risk.

Katina Stefanova:  Since March 2009, equity markets have had a nearly uninterrupted advance with very few bumps in the road.  Over the past 18 months you have advised to de-risk exposures to major equity markets, favor the US dollar, and avoid investments tied to China.  Since your call in late 2014, equity markets have essentially flat-lined while the dollar continued a strong advance that many had thought would end by now.  Many of your ideas stem from your belief that the China slowdown is the chief architect of this low return equity environment.   What is it about China that captures your fancy?

Amit Hampel:  Over the better part of the past quarter century, China has been the primary driver in reshaping the global economy.   They have done so by keeping extremely tight controls over their monetary aggregates by tying itself to the US dollar.  This great control permitted China to capture the lion’s share of global trade as it shifted from more costly labor markets abroad.  China experienced 25 years of growth in terms of housing wealth, infrastructure investment, tourism, and most recently the beginning of financial intermediation.  For years China manipulated its currency to fund this rapid expansion.  This created internal investment bubbles, most famously the building of ghost cities predominantly funded by intra-government transfers and quasi lenders.  All this amounted to a rapid expansion in the stock of debt, a large percentage of which became non-performing assets backed by vacant and incomplete infrastructure projects.  This became the equivalent of an economy banking on future global demand to justify its rapid current infrastructure investment. (Charts of Global Debt and China’s trade data) 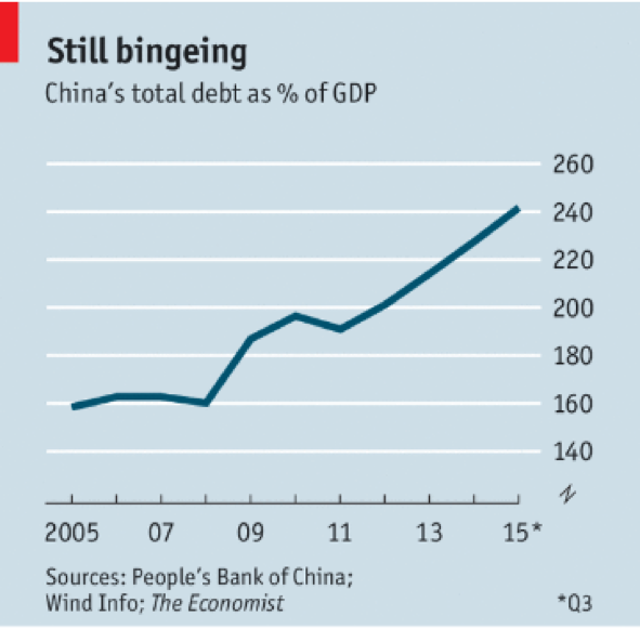 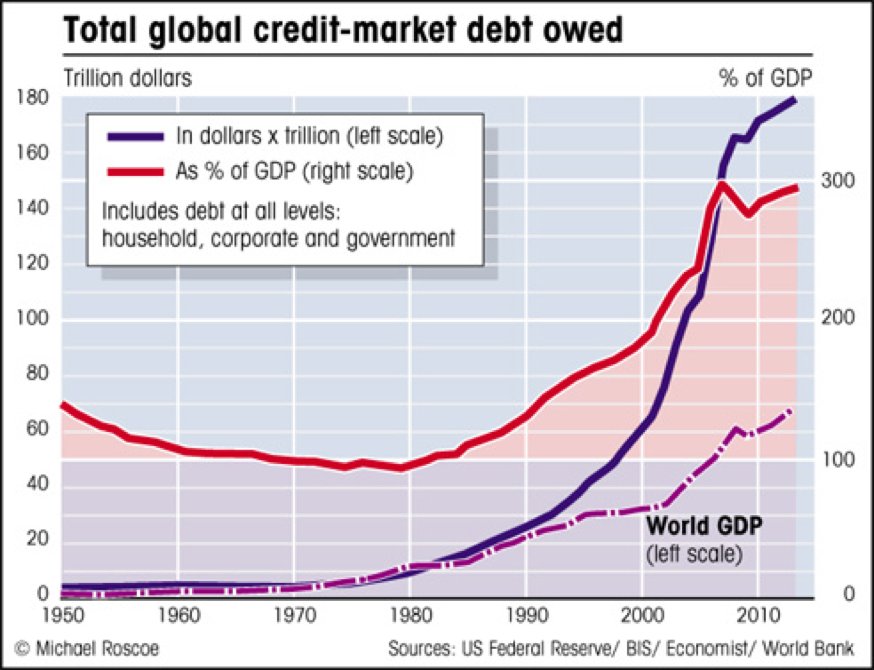 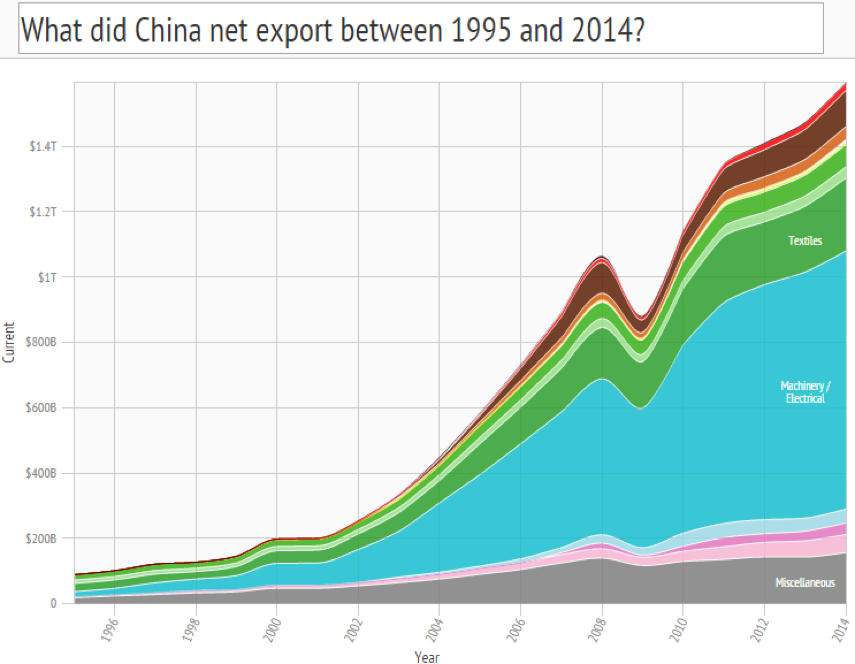 Katina Stefanova:  And indeed China felt compelled to invest heavily in the industrial process.  But can you explain why we have seen a shift in Chinese growth in what seems to be an abbreviated period of time?

Amit Hampel:  Well, the story really took quite a long time to develop.  What we’re witnessing now is a rapid shift due to mostly external imbalances.  You see, when the United States figured out how to extract oil much more efficiently over the last 10 years, all of a sudden the US trade deficit began to correct itself.  In fact, the great oil and commodity collapse of the last several years have resulted in a permanent shift in favor of the US trade balance of some $400 billion per year.  Furthermore, when the Europeans were swamped with internal unification problems (Greece, Portugal, Ireland, Spain, etc.) the world became fast enthralled with shifting back to the old guard, the mighty greenback.  This massive flow of money, whether being from less petrodollars or less EUR believers or simply better United States growth prospects, resulted in a rapid ascension of the US dollar.  And with the strengthening dollar, the CNY appreciated in tandem, thereby placing enormous stress on China’s rapidly maturing export driven model.