2015 was a year of tremendous political and economic volatility including continued stale mate of the Greek debt crisis reforms (The Greek Impact on Stock Markets), the Chinese stock market summer crash, plummeting oil prices (Do Oil Prices Foreshadow a Slump in US Stock Markets?) and repeated terrorists attacks from Paris to Nigeria and Lebanon. Yet US stock markets largely weathered the volatility: The S&P ended the year roughly flat (within +/- 5%). This event has happened on only 7 occasions since 1980. The Nasdaq 100 yet again outperformed the S&P which has been the case every year since the ’08 financial crisis and closed the year at +9%. 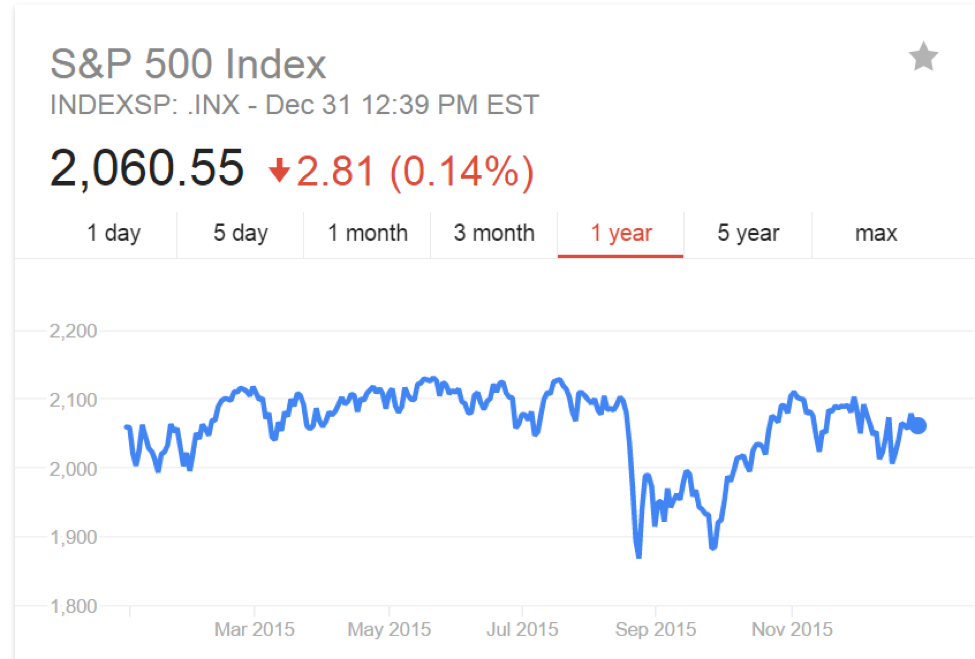 On the economic policy front, some dramatic decisions signaled change in direction and sentiment: a) the US Federal Reserve raised interest rate for the first time in 10 years in the historic December meeting and b) the IMF agreed to add the Chinese currency (the Renminbi) to its basket of Special Drawing Rights SDR currencies.

Picture: US Interest Rate on the Rise: 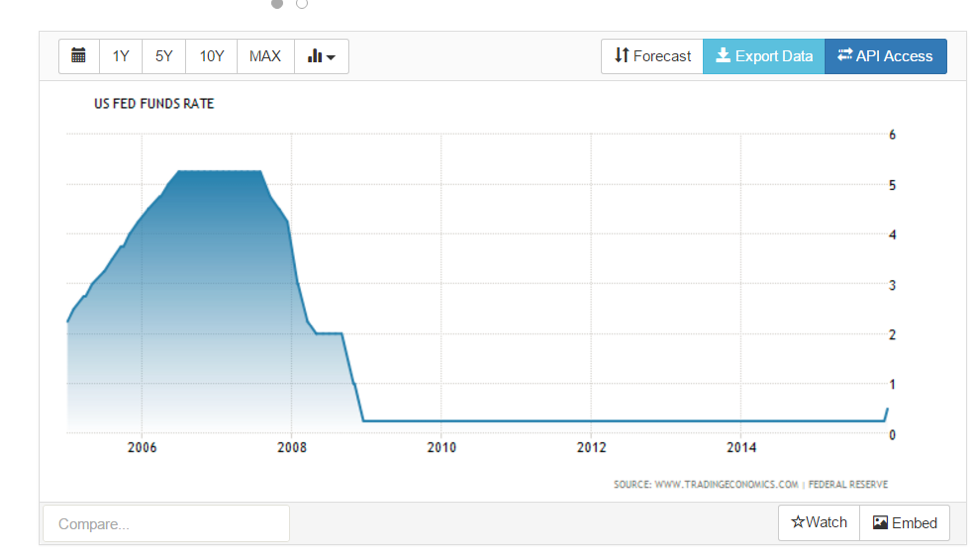 What should investors expect in 2016? The coming year will provide the stage for what is shaping to be a dramatic battle for the White House. However, investors should not look at the election as a driver to stock market performance. David Bianco, equity analyst at Deutsche Bank wrote that “while history shows that returns on the S&P 500 index do tend to be weaker in presidential election years, the performance has tended to be dented by election years that have been marked by recession, including 2008.” In other words, there is little causation between election years and market performance.  Instead, let’s look at the deeper economic, political and social indicators to better understand what likely scenarios lie ahead in the year to come:

The fundamental picture is one of sluggish economic growth in both developed and slowing growth of developing economies, heightening political turmoil around the world and what we believe a potentially disastrous rising of US interest rates if the Fed were to continue to raise interest rates too aggressively next year. Within that context, we expect 2016 to be another year of rising risk premium which will likely pressure US stock markets down and raise bond yields, investors will likely have difficult time finding attractive positive returns. Regulatory tightening of the US banking system has also significantly impacted bond liquidity which will continue to shrink in 2016 further negatively impacting bond prices.