You are here: Home / Asset Management / Why Your Traditional 60% Equities 40% Bonds Portfolio Is Losing You Money?

Another example is the recent steep decline in liquidity in fixed income caused by both regulatory-driven deleveraging in the banking sector and the sharp decline in demand for US treasuries by foreign governments including China:

Because of regulatory changes  (See Dodd Frank Liquidity Crunch) investors are concerned that bond yields will behave differently because of a liquidity crunch.  Market participants are concerned that banks holding fewer bonds on their books as result of post-crisis capital requirements, coupled with strong debt issuance in recent years could worsen the liquidity crunch when rates rise and investors look to sell. When market dynamics change structurally because of political drivers, in this case regulatory changes, the winners and losers in asset management shift: 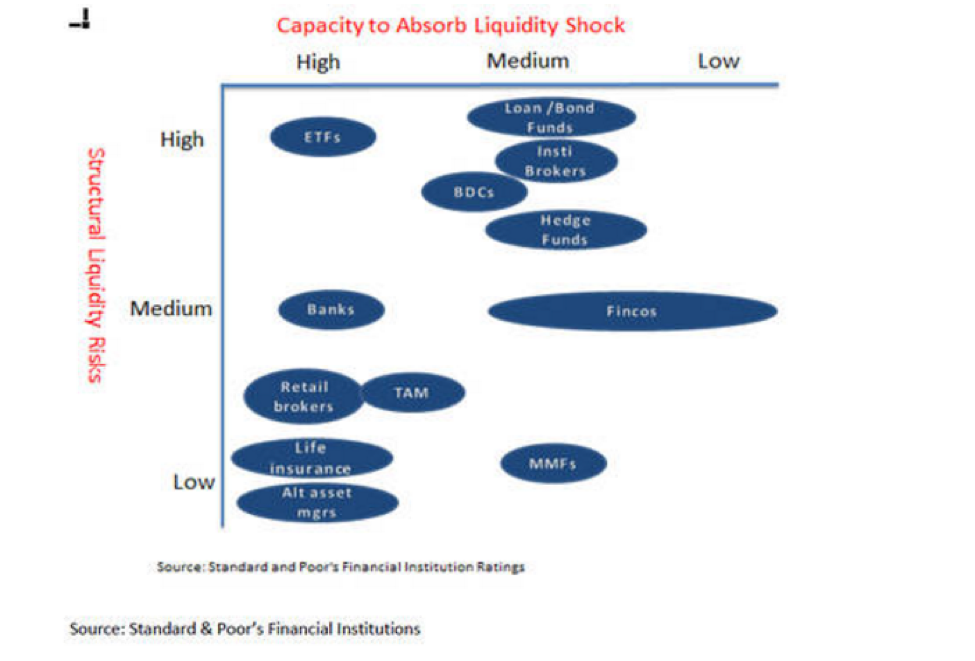 In addition to US regulatory changes, a shift in global demand for US treasuries is also altering decades of precedent.  After years of accumulating US treasuries, China is finally changing direction in an attempt to free up capital and support its own markets. China owned $1.3 trillion of U.S. Treasuries as of June, making it the biggest holder of U.S. debt. But China’s foreign-exchange reserves plunged by a record $94 billion in August, according to the country’s central bank. Analysts say it’s very safe to believe a big chunk of that decline occurred due to a reduction in U.S. Treasury holdings. The selling and the potential that China will not be buying U.S. debt in the near future raises questions on its potential to increase America’s borrowing costs.

See below: “China’s change in FX reserves alongside the total Treasury holdings of China and its “anonymous” offshore Treasury dealer Euroclear (aka “Belgium”) as released by TIC, and found that the dramatic relationship  – namely virtually the entire delta in Chinese FX reserves come via China’s US Treasury holdings.  As in they are being aggressively sold, to the tune of $107 billion in Treasury sales so far in 2015.” (Source: Zero Hedge) 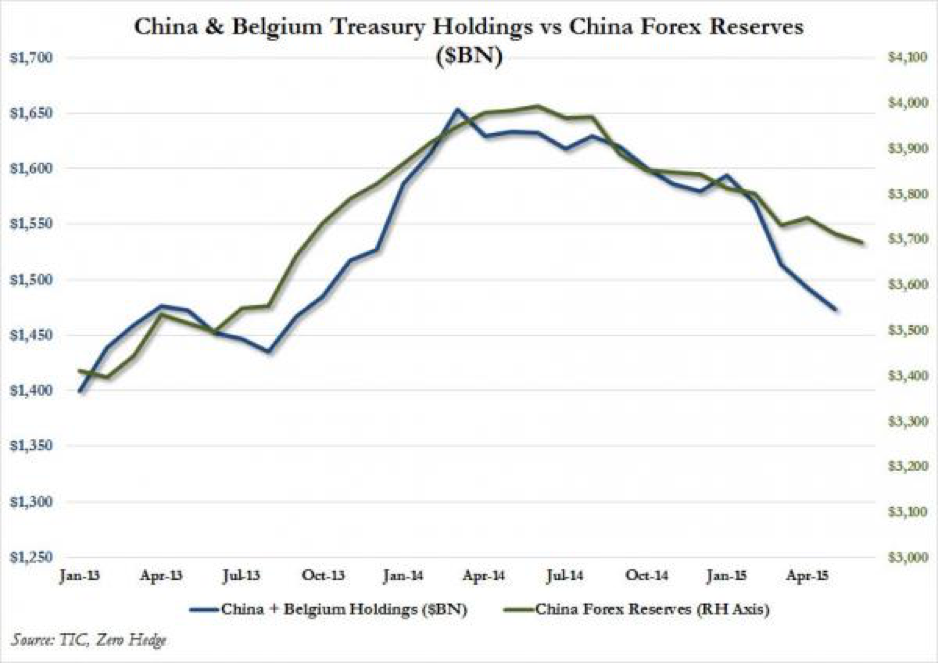 Such giant politically-driven shifts in capitals flows have the potential for a tremendous impact on bond/ equity correlation.

Social Drivers: Both intrinsic investor preferences and temporary change in perception such as fear and uncertainty impact the correlation between bonds and equities.