You are here: Home / Asset Management / Why Your Traditional 60% Equities 40% Bonds Portfolio Is Losing You Money? 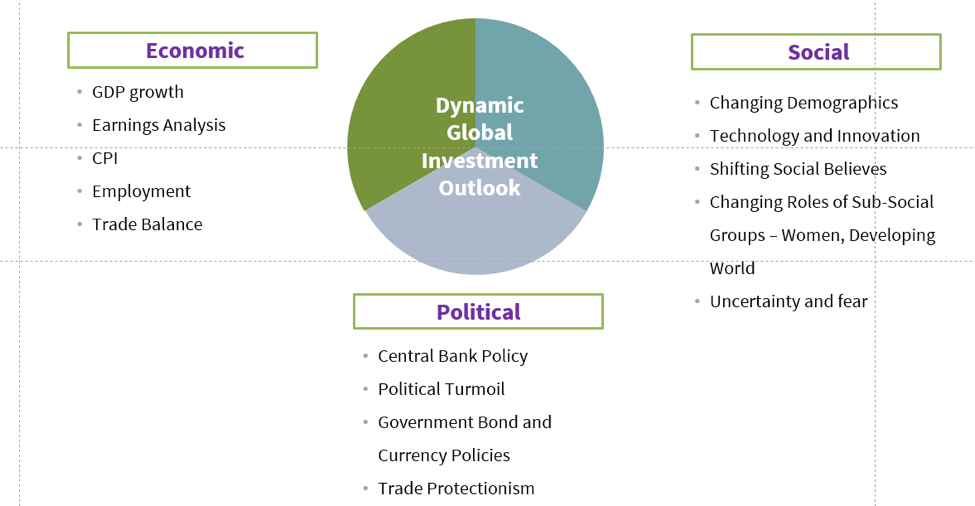 Economic, political and social drivers simultaneously impact markets in an interrelated fashion making the typical four-year economic cycle of growth and decline less predictable. With over $200 trillion in global debt, falling productivity growth in the developed world and slowing growth in the developing world, as China in particular transitions from export to a consumption economy, the global economy is likely to be both sluggish and more volatile in the next few years.   As a result, political and social drivers are exerting a greater impact on markets today than investors experienced in the last three decades.  A heavy-handed and often politically driven government intervention across the global economies is likely to continue in an attempt to manage the volatility of markets and promote hard-to-come-by growth.  (See Greek Impact on US Stock Markets). For example, the aggressive $3.5 trillion QE policy in the US post the 2008 mortgage crisis has been widely credited with the recovery of US equity prices and arguably with the broader economic (relative) stabilization.  Social drivers also increasingly pay a significant role in market pricing: Technological innovation of the shale oil production in the US has systematically shifted the demand/ supply equation contributing to a prolonged and sustainable decline in oil prices (See  Do Oil Prices Foreshadow a Fall in the Stock Market)

Economic Drivers: Most macroeconomic investors looks at inflation and growth to understand how bonds and equities will perform. For example Greenline Partners, employs a passive, diversified, long-only portfolio that does not apply leverage. According to Greenline Partners, stocks and bonds perform differently in varying economic environments. Most  risk parity models similar to the Greenline Partners strategy assume that stocks and bonds will be correlated in periods of economic growth and inversely correlated in periods of inflation.

Alternatively, inflation shocks plausibly lower the correlation, since higher inflation directly raises interest rates and bond yields fall.  Simultaneously, the positive effect on expected dividends could be muted to the extent that the increase is attributable to supply factors or that inflation has a negative impact on growth. Thus inflation can have either positive and negative impact on stock prices. 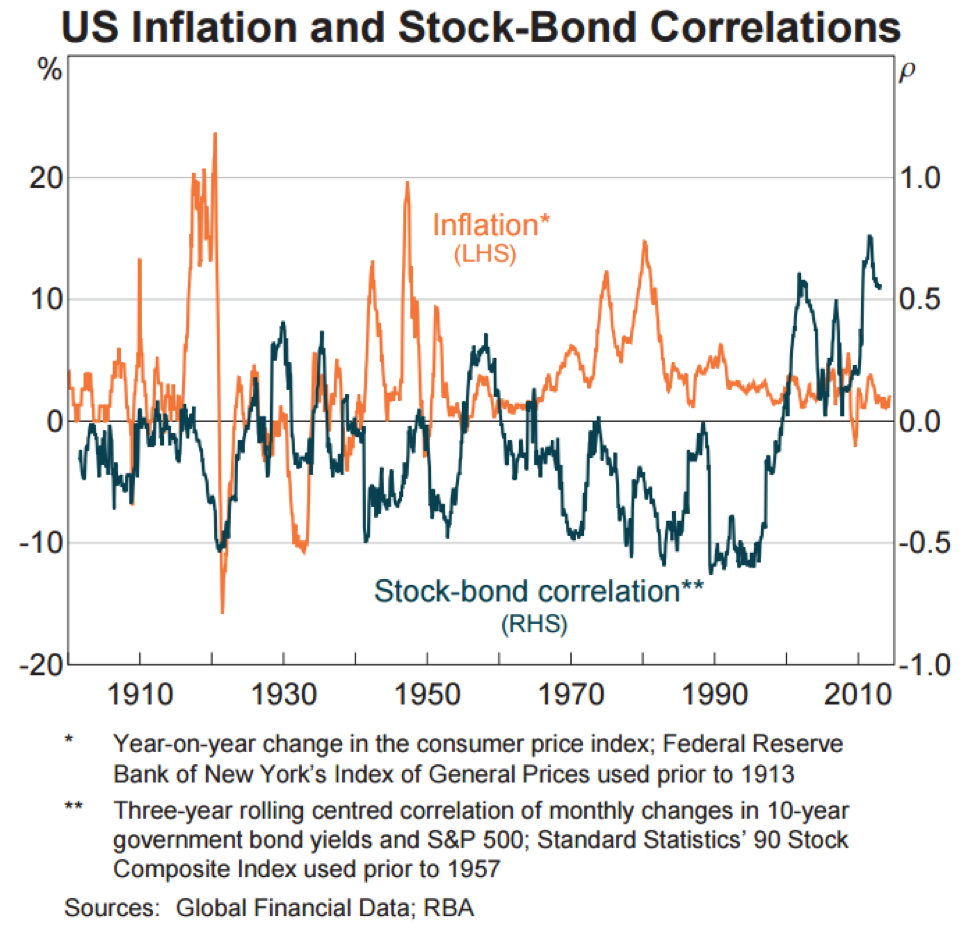 Political Drivers: Direct and indirect government intervention in market pricing often has a greater impact than purely economic fundamentals and understanding bond and stock correlation in absence of government economic policy could be misleading.

After 2009, the U.S. Federal Reserve decisively implemented an unprecedented program to buy immense amount of bonds, $25 billion month after month, in an extraordinary effort to restart a recession-shocked economy.  The program came to  end in October 2014 after adding more than $3.5 trillion to the Fed’s balance sheet – an amount roughly equal to the size of the German economy. The unprecedented QE program propelled equities up and bond yields down increasing the correlation between equities and bonds.