You are here: Home / Asset Management / As US Stock Markets Hit Record Highs, Should Investors Worry that the Bubble Will Burst?

A number of events and recently released economic data further boosted investor confidence last week leading to continued buying up of equities to record highs, which makes some wonder whether we are in a stock market bubble. The current environment while marked by a few global concerns is unlikely to be a bubble and stock market valuations in the US appear largely fair.  In my humble opinion, US equities would likely enjoy continued, but moderate growth throughout the year.

This is what we saw in the news last week:

As a result, just in time for Valentines, the US stock market responded favorablly to global news:  The S&P 500 ended at a record high and the Nasdaq hit a 15-year high. The S&P 500 added 0.41 percent, the Dow gained 0.26 percent and the Nasdaq 0.75 percent.

As holidays momentarily paused trading in the US for Presidents Day and much of Asia is celebrating the Lunar New Year and China’s markets are off from Feb. 18 right through to the 24th, investors have time to ponder if the stock market in the US and worldwide has entered another over-priced bubble or economic fundamentals are strong enough supporting current equity valuations.

It is true that stock valuations have increased dramatically propelled by easy monetary policies especially in the US.  However, there is enough economic fundamentals in the US to support continued, abate more modest gains this year. Below are some of the factors which make me moderately optimistic about the US economy and stock market valuations in the near future:

While we are not seeing GDP growth of the levels we saw in the 90s, the recovery post 2008 is evident: 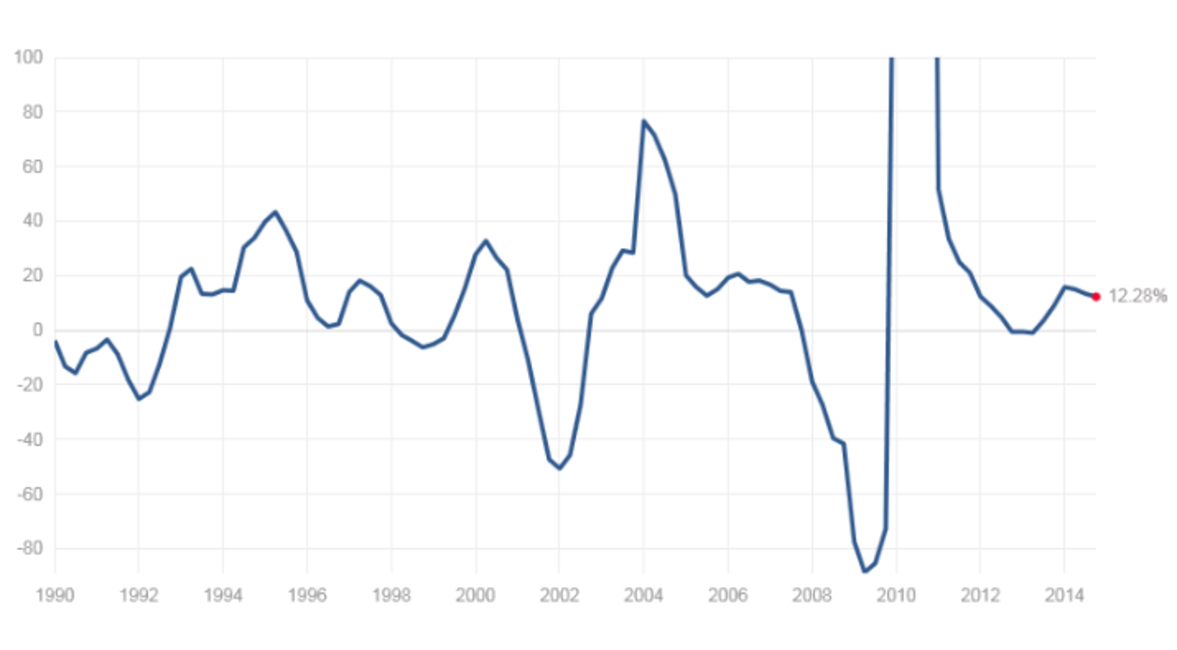 Alan Greenspan famously invented the term “irrational exuberance” in reference to the dot-com bubble in 1996, and his words have been synonymous with investor fears of bubbles ever since. However, there is no evidence of irrational exuberance and the stock market is hardly in the type of bubble we saw in 1996 or 2008. Instead market valuations are supported by gradually and steadily improving economic data in the US and careful, well managed Fed policy. As long as we see no surprises from global markets or no political instability flaring up in the troubles regions of the world (think Ukraine), than investors have little reason to worry at this point about the US stock market crumbling.