You are here: Home / Asset Management / Do Falling Oil Prices Foreshadow a Slump in the Stock Market in 2015?

The average price of a gallon of gas fell to $2.27 from a $3.31 an year ago. The price of crude oil at $55 which ultimately drives the prices at your gas station is at a record five year low and has fallen over 40% in six months.

This sounds like good news for the average consumer in the United States and globally. As oil prices fall, consumers have an unexpected windfall of discretionary cash which they can use to buy other goods or save.

To understand the implications of low oil prices, an investor should examine the economic forces that are at work. Based on the data, it’s likely that supply forces are mostly at work here.

The price of crude oil is decided by the fluctuations and relative balance of supply and demand and is closely watched by economist who look at the price of oil as one of the leading indicators of changes in economic condition, such as economic slowdown or even recession (if oil prices fall) or inflation (if oil prices rise).  The global economy is highly dependent on oil to function and to grow and the demand equation for oil is fueled by both the developed economies (US and Europe) as well as the emerging market giant such as China. The two largest consumers of oil by far being the United States and China. Thus in a worst case scenario, a rapidly falling oil price may indicate a recession in the United State or a slowing in growth in China.  However, the good news in this particular case is that the demand for oil has softened but has not meaningfully dropped (See chart here.) 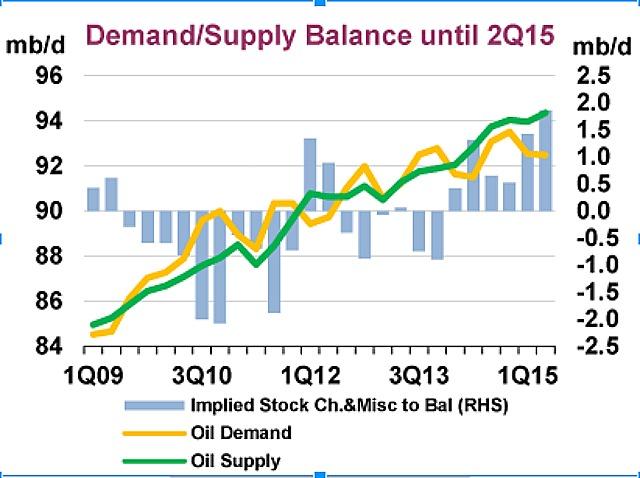 The softness can be attributed to a less than optimal recovery in Europe as well as a transitioning of the Chinese economy from an export driven industrial country to a services economy. And investors, also looking at other currently positive US and world economic data such as GDP growth, corporate profitability and improvement in unemployment rates among others, should not worry that falling oil prices are a sign of a major US and global recession just now and a decline in the US stock market.

Therefore, to understand why the price of oil has fallen so dramatically, investors need to look at the supply part of the equation.  The supply for oil is more complicated because it is not driven by purely economic factors. Political incentives as well as technology innovation need to be taken into consideration.  Currently, the largest suppliers of oil in the world is OPEC  (40% of world oil production) followed by Russia and the United States. 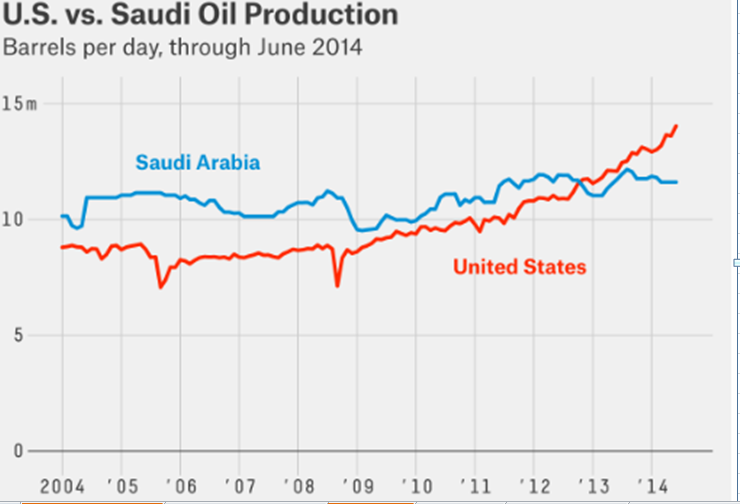 Falling oil prices do not foreshadow a recession and a fall in stock prices. While I expect oil prices to remain low in 2015, this trend instead should have an overall positive impact on some stocks in the short and long run.  Reversely, the currencies and economies of some net oil producing countries such as Russia and Venezuela are unlikely to recover quickly and may suffer long term losses as the oil supply picture changes structurally and the US emerges as a long term winner.